The Guide to Eco-Friendly Labels and Wine Certifications: Part 1 - Organic

Many wine producers have certifications that decorate their bottles, and here is what they represent

For a long time, people simply thought that wine was always natural. How can it not be, given that it comes from grapes? Others didn’t even think about it and just viewed wine as booze. However, after the Second World War, a lot has changed in the wine industry, thanks to industrial and technological advancements. Fast forward to the early 2000s, when people began paying more attention to what they eat and the origins of their food. Wine drinkers are no exception.

Today, more than ever, we see different symbols and stamps that indicate producers’ commitment to responsible farming and wine production. Often, we hear growers say that they make wine in the vineyard. And that they are either converting or have already converted their farming and entire production to green, sustainable, organic, and biodynamic methods. Some winemakers choose not to get a certification, and it is most often because of the cost and bureaucracy associated with it. Others believe that is the only way to be sure that someone is doing what they say.

Organic farming refers to the rules and methods for producing organic grapes and wine. These rules usually differ between countries of origin and the various governing organizations involved. In most cases, organic wines result from the fermentation of grapes grown without using synthesized fertilizers, pesticides, or herbicides. As for organic wines, the fermentation process often uses natural yeasts and minimal amounts of sulfur, but this is not a requirement.

France, for example, legally defined organic farming in 1981 as "farming which uses no synthetic chemical products." French certification is known as Agriculture Biologique, which roughly translated means organic farming (AB – France). The certification promotes agricultural, livestock, processed products, animal feed, and the export of these categories. It is a set of agricultural practices that avoid the use of synthetic chemicals in favor of naturally occurring pesticides, fertilizer, and other growing aids. In addition, agronomic practices and farming are respectful of the natural balance of the environment and animal welfare. There are a number of French winegrowers that have this certification.

However, to get certified, growers have to contract with a third party operator accredited by the French Department of Industry, such as Ecocert, Certipaq or 10 others who got the right to give the AB label. To make things more complicated, these certification bodies also have their own symbols, or labels. For Instance, when certified by Ecocert, the label can say AB or Ecocert. Ecocert follows the requirements of the AB certification, but also has its own terms and requirements.

Another French organization is Nature et Progrès, which aims at promoting organic farming, biodiversity and agricultural tradition without rejecting the new innovation and development, or in other words, progress. Their aim is to support growers that respect people, animals, plants and the planet. Nature et Progrès is the most demanding organic certification body. The products must meet all certification standards and the manufacturer must sign the Nature et Progrès environmental, social, economic and human Charter. 100 percent of all agricultural ingredients must be from organic farming or sustainably wild-harvested. They don’t allow GMO or any synthetic products whatsoever and all processes must be eco-friendly. Again, only animal by-products that do not directly question the lives of animals and whose use do not affect the ecological balance can still be used (bee wax, honey, milk, etc.).

The situation is very similar in many European countries where governmental standards have been defined in the late 20th century to define  what organic agriculture is, coming with different labels and certification bodies. For instance, Austria Bio Garantie (ABG) was founded in 1993 and is the first certification body for organic products in Austria. Their activities cover inspection and certification of organic products, both food and cosmetics. Although, there aren’t many winegrowers who use it, there are still some. Wines that are certified by ABG must come from organic certified grapes and cannot have any products that are not approved by the organization. ABG certified wines can use the “bio garantie” label (equivalent to the AB French label) and further, they can use the European Union (EU) label.

Indeed, the EU also has its logo – the Euro Leaf, which gives a clear visual identity to organic products produced within its borders. EU-produced organic wines have the right to use the label ‘Organic Wine’ or ‘Vin Biologique’ too. This came after the initiatives of standalone countries, in the early 2000 and tried to unified all European organic norms and certification programs within Europe. In the United States, “Certified Organic” wines must meet the United States Department of Agriculture (USDA) National Organic Program’s criteria in both farming and production and the requirements set by the Alcohol and Tobacco Tax and Trade Bureau. Certification is a three-year process. Furthermore, to sell wine as organic in the U.S., both the growing of the grapes and wine itself must have certification. The grapes are grown without synthetic fertilizers and in an environmentally friendly manner. Other agricultural ingredients that go into the wine, such as commercial yeast (if a vintner is not relying on wild yeasts), also must be certified organic. Finally, organic wine cannot feature sulfur dioxide additives.

On the other hand, wines sold as “made with organic grapes” have different requirements than organic wine. In this case, only the grapes used must be certified organic. Yeast and other agricultural ingredients aren’t required to be organic, but their production must not include excluded methods such as genetic engineering. Additionally, the addition of sulfur to these wines is limited to 100 parts per million.

The U.S. has an “equivalency arrangement” with the EU, meaning that as long as they meet the terms of the arrangement, organic products certified to the USDA organic or the EU organic standards are eligible for sale, labeling, and representation as organic in both countries.

Hence, the rules are very similar in Europe and the US. However, one major difference is that the EU logo still allows winemakers to add sulfur dioxide, but it must be 30-50 percent less than in conventional wines. In some countries, conventional wines can have up to 350 parts per million of sulfur. However, this poses an issue for those growers who have Euro Leaf, but use sulfur, because in the US they can only get “made with organic grapes” label, which most growers don’t bother with. However, even for the Euro Leaf growers that do not add sulfur, it is quite complicated to get the USDA logo. The bureaucracy of Food and Drug Administration (FDA) and Alcohol and Tobacco Tax and Trade Bureau (TTB) discourages most growers from getting their certification equivalent for the US market.

The matter of organic certification can be very intricate and complex, leading to a lot of burden and exasperation to producers. Hence, a growing number of farmers and vintners decide not to invest in this endeavor. Rather, they choose to clearly communicate about their practices without engaging in any certification process.

Stay tuned for Part 2 of this series, where we look at biodynamic practices and their labels. 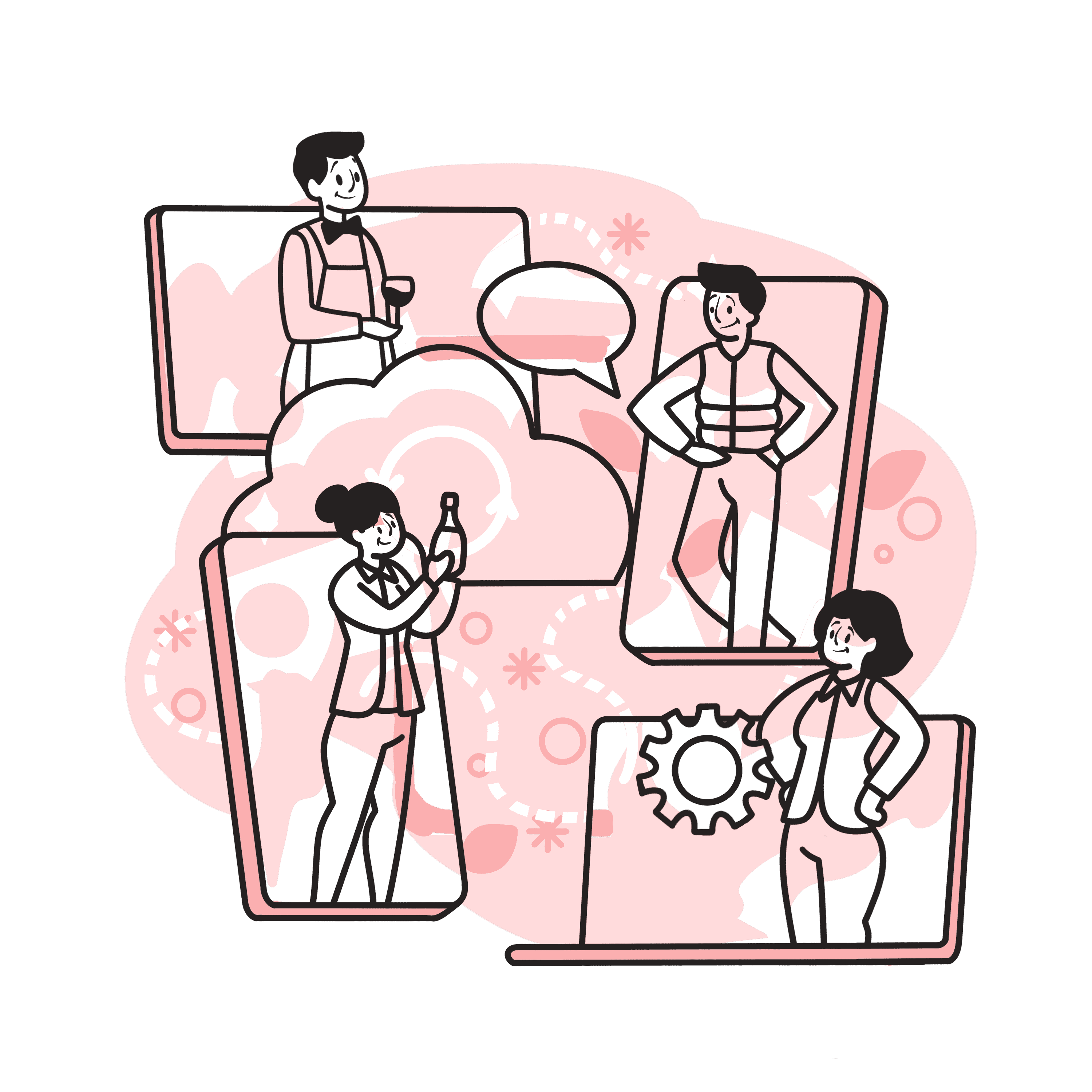